Thank You for Taking Action to Fight Climate Change! 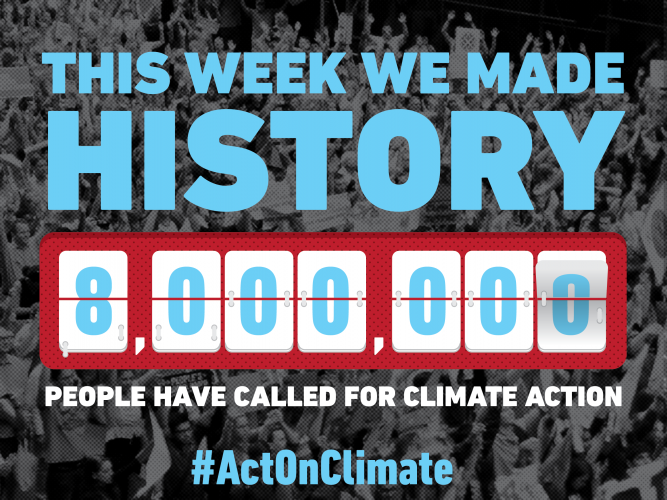 For the past few months, we’ve been collecting comments in support of a life-saving proposal to cut carbon pollution from existing power plants. The comment period for the Environmental Protection Agency’s (EPA) Clean Power Plan ended earlier this week, and thanks to our fantastic supporters from across the country, we helped submit over 48,000 comments in support of the regulation! In total, over 8 million comments were submitted in support of the proposal!

Throughout the comment period, Leagues across the country participated in listening sessions and public hearings to provide input and testimony regarding the importance of reducing carbon pollution. The League’s voice throughout the process of developing the EPA’s proposed regulation has offered a unique perspective to this issue.

Cutting carbon pollution from power plants is the central and critical component of a plan that fulfills President Obama’s commitment to people, not polluters. The League has been an outspoken supporter of the President’s Climate Action Plan.

We’re proud of the many supporters across the country who raised their voices in support of the EPA’s proposal. Taking steps to reduce this dangerous greenhouse gas are essential to protect our children and future generations from the effects of climate change. The League will continue to be involved in the finalization of the regulation and the implementation process at the state level.