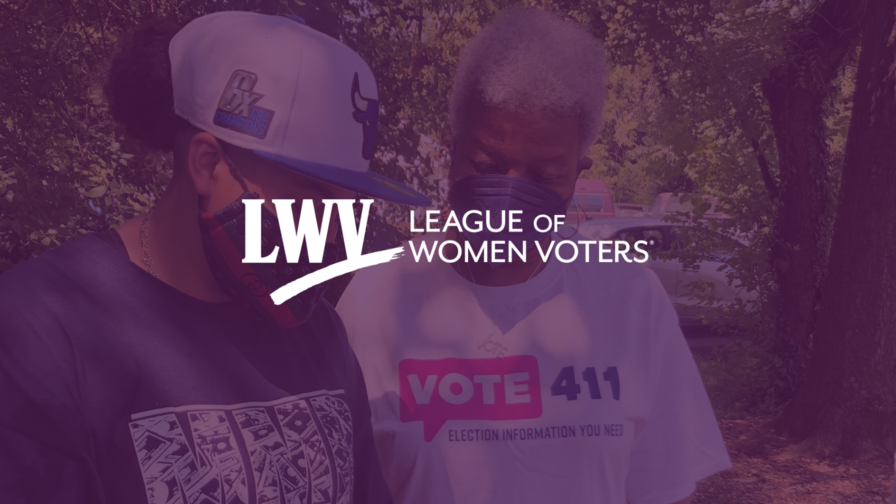 This blog was written by legal intern Clay Goetz.

“You can’t vote here.” In some states, a verbal accusation like that is all it takes to challenge a voter’s eligibility to vote.

Individual voter challenges occur when a person’s eligibility to vote is questioned. These challenges are usually raised by election officials making sure voter lists are accurate and up-to-date. Many states, such as Arkansas, require individuals who challenge others’ voter eligibility to be registered as poll watchers affiliated with a candidate, party, or ballot committee. However, in 29 states, there are no requirements for a challenger to be affiliated with any official group. In those states, any individual voter can challenge the eligibility of any other voter.

Georgia is one of these states, and as a result, it dealt with thousands of voter challenges during the 2022 election cycle.

There are two types of individual voter challenges: pre-election or on Election Day. 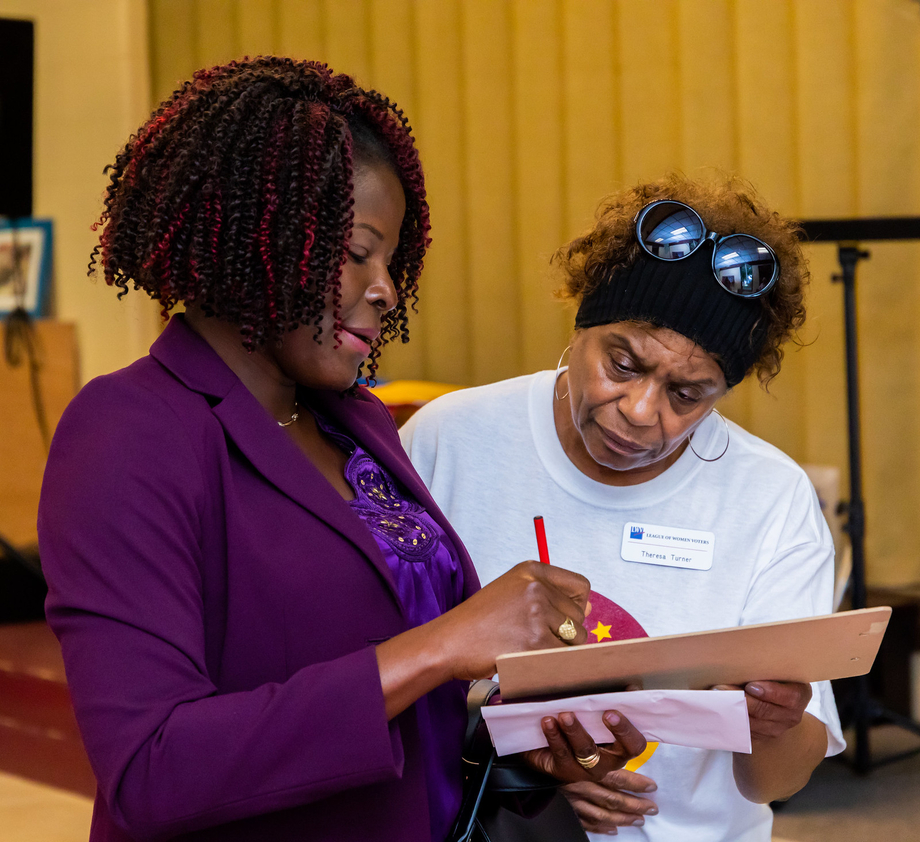 Pre-election challenges question a voter’s eligibility to be registered to vote. They strain the resources of the officials preparing for an election but may provide some time to verify the claims of a challenge and allow challenged voters to respond.

Election Day challenges are challenges to a voter’s eligibility to vote at the polls. The timeline to respond is practically just Election Day itself — at the very latest, before election results are canvassed and certified.

When a challenge is made to a voter’s registration before an election, the County Board of Registrars sets a hearing to determine the challenged voter’s eligibility within ten days of the challenge’s filing.

When a challenge is made on Election Day to a voter who appears on a list of electors, the Board of Registrars must immediately consider the challenge and determine if there is probable cause to sustain it. If the Board of Registrars finds probable cause, they must hold a hearing to determine the voter’s eligibility before their ballot can be counted.

Learn About Our Litigation to Protect Voters

If there isn’t enough time to hold a hearing, the voter’s ballot becomes a "challenged ballot.” Hearings on challenged ballots must be completed before the election superintendent can certify election results.

In Georgia, election certification is due by the second Friday after the election. The challenged voter is only entitled to three days' notice of the hearing. For both pre-election and Election Day challenges, the County Board of Registrars has legal authority to issue subpoenas requiring witnesses to attend a hearing or produce relevant documents. Failure to appear or comply may be treated as contempt of court.

Organizations like the League work hard to get high-opportunity voters to exercise their right to vote and participate in our democracy. These additional hoops, hearings, and possible legal consequences all serve to suppress their votes.

Back in 2021, Georgia passed SB202, a partisan, anti-voter bill that the League and partners are in court fighting to stop. In addition to making it illegal to hand out food and water to people waiting to vote, the bill added: “[t]here shall not be a limit on the number of persons whose qualifications such elector may challenge.” With this language, the Georgia legislature opened the floodgates for individual voter challenges, placing a burden on election officials and threatening the right of voters to cast their ballot. Anti-voter activists have taken advantage of the new law to suppress large amounts of voters. On August 29, 2022, they delivered notarized paperwork challenging 37,500 individual voter registrations in Gwinnett County, Georgia. 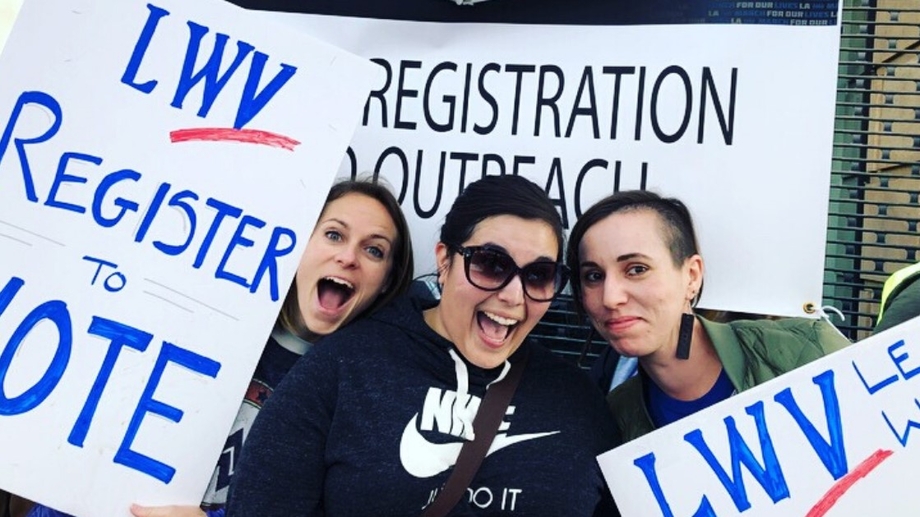 The Gwinnett County Board of Registrations and Elections was forced to go through each of the 37,500 claims to assess its merits just months before the midterm elections. Most of the challenges had already been flagged by elections officials through regular reviews of voting lists. In Gwinnett County, some were impermissibly sustained based on typos in addresses — even though such blanket decisions are not permitted within 90 days of an election. Instead, they require “rigorous, individualized inquiry,” given the obvious danger that a typo, through no fault of the voter, could cause them to lose their registered status.

Several thousand of the challenges were ultimately withdrawn, and the remaining were dismissed. If these challenges had been sustained or the Board of Elections had not done the extensive work to weed out baseless claims, the challenges could have forced registered voters to attend thousands of individual hearings just to be allowed to vote.

Mass voter challenges cause delay and confusion. In the above case, an official in Gwinnett County referred to their challenges as being “replete with errors, inaccuracies, and inaccurate assertions." Combing through tens of thousands of inaccuracies costs time and taxpayer money. It causes headaches for elections officials who still have to do the routine work of verifying elector eligibility, preparing for and conducting the election, and counting returns.

This is true beyond Georgia. In Florida, the law requires pre-election challenges to be made in the 30 days before an election, the busiest part of the season for elections officials. These mass challenges can also conflict with federal law, such as the National Voter Registration Act of 1993.

Proponents of voter challenge laws claim they make voting more secure, but it is hard to see what exactly private challengers can offer that existing systems do not. There are already processes for ensuring accurate voter rolls, such as interstate data-sharing consortiums that tell registrars when a person moves and registers to vote elsewhere or passes away, and elections officials themselves can challenge individual registrations — that’s their job. If there are better data sets or some other benefit private individuals might have, legislators should provide that data to county registrars rather than deputize the entire state.

The truth is that a free-for-all system where anyone can challenge anyone is an all-access pass for election deniers and anti-voter activists to delay the work of election officials and harass targeted groups of people.

Ultimately, voters of color are most impacted by individual voting challenges. Across the country, individual voter challenges have been a vehicle for race- and language-based discrimination, as documented by the Brennan Center for Justice. 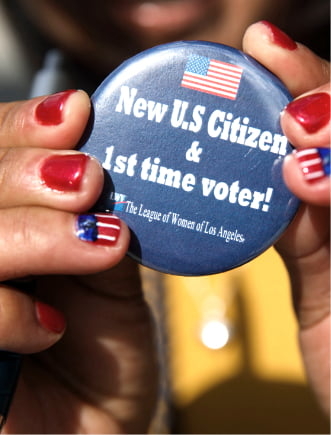 In May 2011, in Southbridge, Massachusetts, baseless challenges were filed against Latino/a voters by partisan poll watchers, leading to emergency regulations on poll challenges by the secretary of state. In a 2004 primary election in Alabama, challengers targeted dozens of Asian American voters for citizenship and residency-based challenges; the organizer of these challenges explained: “We figured if they couldn’t speak good English, they probably weren’t American citizens.”  Student voters, low-income voters, and voters with disabilities have been similarly targeted for challenges.

Individual voter challenges are just one part of the voter suppression playbook. By deputizing the entire state of Georgia to challenge voters' eligibility, the legislature opened the floodgate for baseless challenges. These challenges, as seen in Gwinnett County and states with similar laws across the country, disrupt election officials’ ability to conduct well-organized elections and threaten voters' rights, particularly voters of color, to cast their ballots. Our elected representatives should be working to make voting easier, more efficient, and accessible, not opening the floodgates for anti-voter activists.

LWV of Georgia, along with partners, filed a lawsuit against the state of Georgia to prevent enforcement of SB 202, an omnibus voter suppression bill signed by Georgia Governor Brian Kemp last week.

The Supreme Court’s 5-4 ruling this week leaves the country vulnerable to the very forms of voter suppression Congress warned of in 2006.