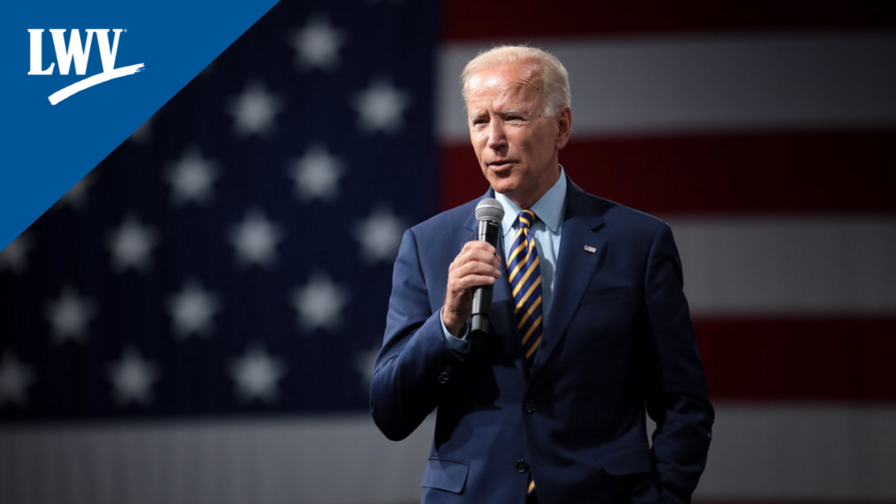 What We're Watching For at the State of the Union

The State of the Union (SOTU) is an annual message that the President delivers to Congress. It’s an opportunity for the President to outline their policy priorities, update the nation on the state of our economy, comment on recent news, and highlight their achievements. The address takes place in the US House chamber and is attended by members of the House and Senate, Supreme Court, the Joint Chiefs, and other esteemed guests.

This year’s SOTU is on March 1 and will be the first given by President Biden. And while the President is sure to comment on the ongoing crisis in Ukraine, his pending nomination to the Supreme Court, and the economy, there are other issues the League would also like him to address, such as maintaining the health and safety of our democracy by continuing to push for voting rights protections. Here’s what the League will be looking for in the upcoming speech.

We must prevent discrimination in voting by whatever means necessary. Restoring the Voting Rights Act (VRA) will strengthen our elections by eliminating obstructive laws that have kept voters of color from exercising their rights at the ballot box.

The Voting Rights Act was created to ensure that every American has the freedom to vote. But in recent elections, voters have faced a variety of obstacles, including reduced polling locations that lead to long lines, unfair and stringent voter identification requirements, the illegal removal of registered voters from the rolls, and restrictions that limit voters’ options for casting their ballot.

The League requests that Preside Biden continue to direct the US Senate to bring a voting rights restoration bill to the floor for a vote and use whatever tools possible to restore the VRA.

Tell Your Senators to Restore the VRA

We must meet the threats posed by climate change, especially its impact on the most vulnerable Americans. Tackling this priority requires an ambitious and comprehensive reduction of domestic emissions, cooperating with international partners, and building critical resiliency into our infrastructure and the communities most likely to be affected by natural disasters and industrial transition.

The League requests that President Biden re-affirm the administration’s commitment to climate change and ensure that investments are made in renewable energy while directing federal agencies to enforce climate regulations, domestically and abroad. 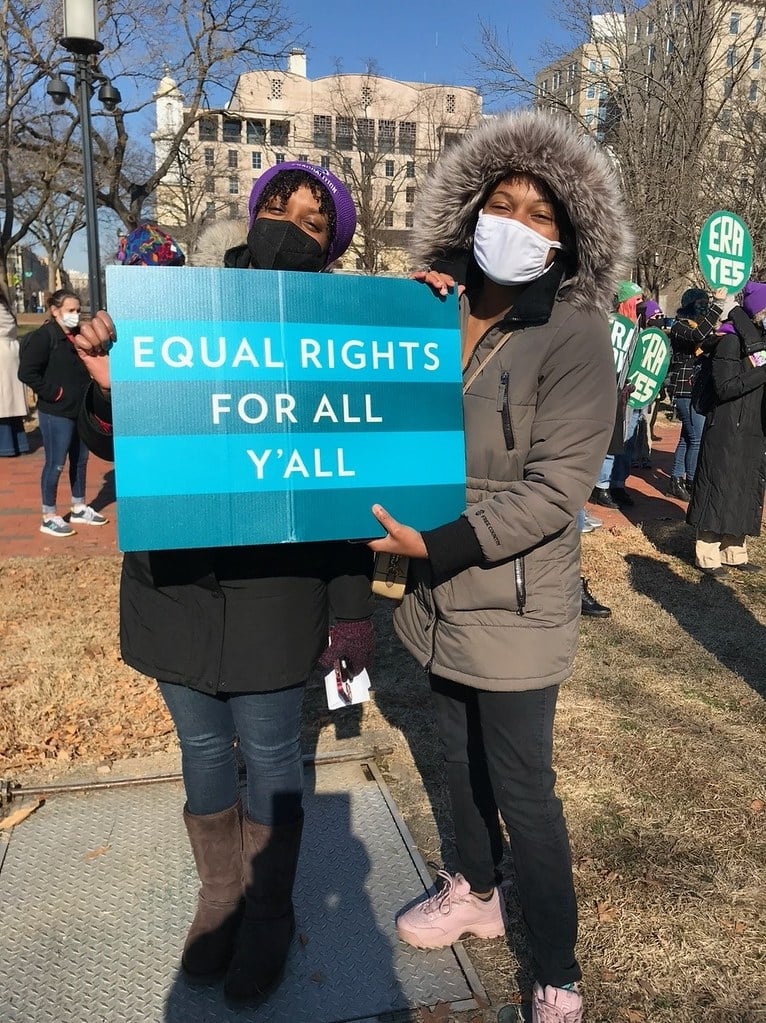 Ensure Equal Rights For All

The time has come to push the Equal Rights Amendment (ERA) over the finish line. The required 38 states have ratified the amendment, and it is time for the National Archivist to proceed with certification.

The addition of the Equal Rights Amendment to the Constitution would address the root cause of inequality by amending our foundational document. The League is an organization that was born out of the movement to secure voting rights for women. We have continued to fight for equal rights and equal opportunities for all. Despite the significant progress that women have made towards equality over the years, women still face systematic discrimination in the form of unequal pay, workplace harassment, and domestic violence.

The League asks that the President direct the US Archivist to certify the ERA and finally make it part of the US Constitution.

Ask Your Reps to Support the ERA

Lack of access to a basic level of quality health care at an affordable cost to all US residents has been highlighted by the ongoing crisis, but other inequalities within our social support network have also been laid bare. Americans are hurting, and not just in the physical sense.

We must get people back to work by creating jobs that pay a living wage. We must ensure that workers and their families in industries hit hard by the pandemic can maintain their homes.

The League asks that the Biden administration continue to prioritize policy goals that include the equitable distribution of services and delivery of care, job placement, unemployment benefits, and rental assistance needed to protect our most vulnerable communities.

You can watch the State of the Union on any major news or cable network and online on whitehouse.gov/live on Tuesday, March 1. Follow along using the LWV Bingo cards (automatic download) and see if the President covers the issues the League outlines above or other things that you might care about!

This Wednesday, April 28, President Biden will make his first speech before Congress. We’ve compiled a list of topics that we consider crucial in steering the US towards a path of recovery, both from the pandemic and from other forms of turmoil.

On Tuesday, January 12 at 9 pm Eastern, President Barack Obama will deliver his final State of the Union speech. Read on for our five tips for how to get the most out of the address.