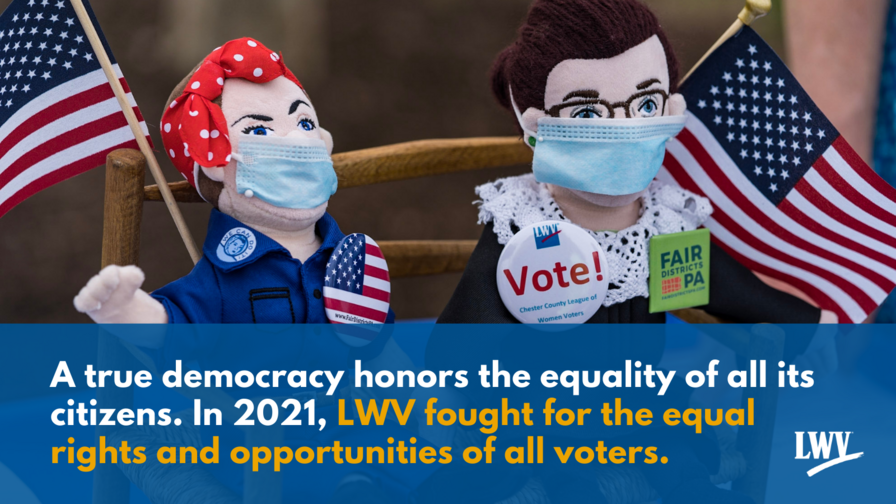 Lifting As We Climb: LWVUS Cases in January - July 2021

The mission of the League of Women Voters (LWV) is to empower voters and defend democracy. In the first half of 2021, LWV has done just that through a variety of legal cases nationwide.

With major changes to the Supreme Court, including the speedy confirmation of Justice Amy Coney-Barrett and the passing of Justice Ruth Bader Ginsburg, the advocacy and litigation efforts at LWV proved more important than ever.

In 2021, defending democracy meant fighting for voter access in Conforti v. Hanlon, against voter purges in Judicial Watch v. North Carolina, and for transparency with money in politics in Americans for Prosperity v. Bonta. LWV also used litigation to bring drop-boxes to communities, accessible ballots to polls, and clear voter information to Americans.

Empowering voters means more than just getting voters to the polls — it's empowering them to see themselves as changemakers and active participants in our government. LWV did this in 2021 by fighting for DC statehood in Castanon v. United States, helping to give a voice to the roughly 700,000 residents of the district.

A true democracy honors the equality of all its citizens. By tackling discriminatory practices, LWV fought for equal rights and opportunities in cases like Fulton v. City of Philadelphia, Pennsylvania and Hamilton v. Dallas County.

Curious about the other cases we tackled? Check out our guide to litigation in the first half of 2021, below. 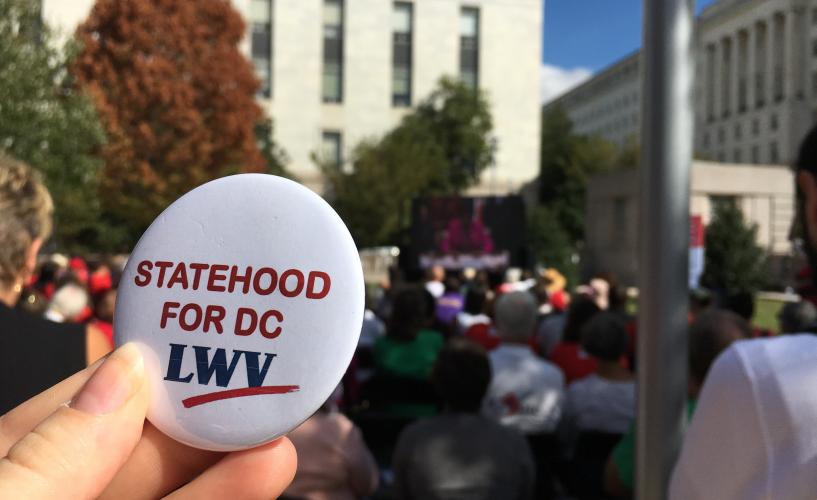 LWV Position: Promote an open governmental system that is representative, accountable, and responsive.

LWV Position: Promote an environment beneficial to life through the protection and wise management of natural resources in the public interest. 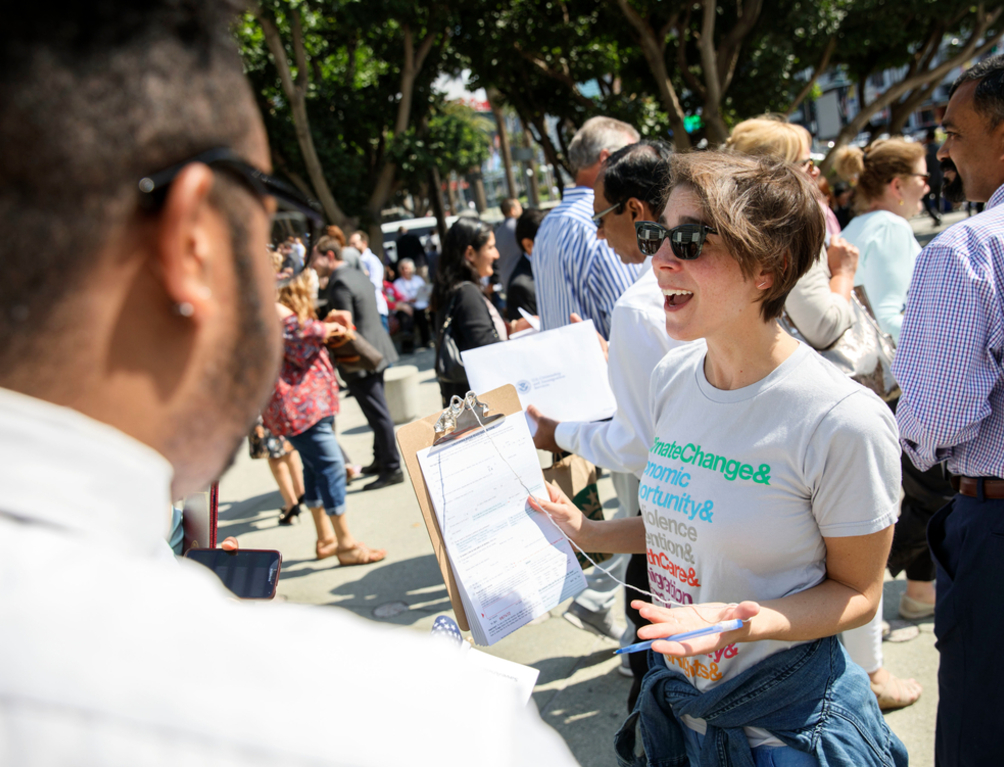 LWV Position: Secure equal rights and opportunities for all. Promote social and economic justice and the health and safety of all Americans.

Lifting as We Climb

We win some cases and we lose some cases. When we lose, it's easy to get discouraged in our work. During those times, it’s helpful to remember this quote by activist Mary Church Terrell, who championed both women’s suffrage and racial equity:

“And so, lifting as we climb, onward and upward we go, struggling and striving, and hoping that the buds and blossoms of our desires will burst into glorious fruition 'ere long. With courage, born of success achieved in the past, with a keen sense of the responsibility which we shall continue to assume, we look forward to a future large with promise and hope."

Whether it's another anti-voter bill making it harder for Americans’ voices to be heard, voter purges that remove thousands of people from voting rolls, or any number of offenses against democracy, LWV stands with the voting rights community as a beacon of hope. When the fight seems hard, lifting as we climb, we continue forward with greater fervor. We did not come this far to just come this far.

You can support our efforts! We need your voice. Take action on League priorities today or find your local League to defend democracy and empower voters within your community. Consider giving a donation to help fuel our fight for an equal democracy.

In doing so, you may find yourself “looking forward to a future large with promise and hope.”

In light of today’s ruling, it is more important than ever that Congress act quickly to pass the John Lewis Voting Rights Advancement Act and the For the People Act.

“While today’s decision is deeply disappointing for the LGBTQIA+ community, it is significant that the Court did not create a broad license to discriminate against same-sex couple’s ability to adopt."